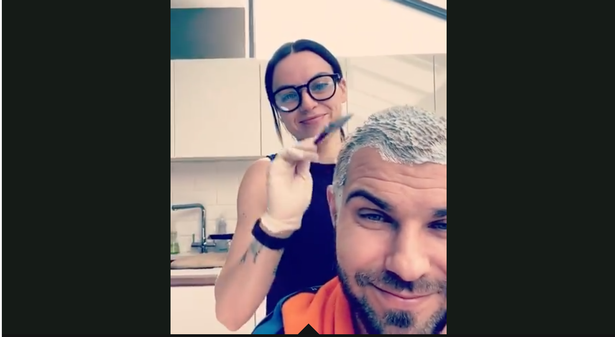 The Scottish singer has a five-bedroom apartment worthy of pop royalty that she shares with her husband, Ross County star Richard Foster, and their two dogs.

Scottish singer Amy Macdonald has cheered up in the midst of the coronavirus pandemic by entertaining fans from her million pound mansion just outside Glasgow.

The star of Troubled Soul shared performances recorded from her home, as well as a hilarious video of her husband Richard Foster bleaching his hair in their kitchen.

The frustrations of being locked up are real, no matter what size or shape of accommodation people spend the period of social isolation in.

But we can’t help but think that life would be a lot sweeter right now if we made a five-bedroom property like Amy’s our own.

The singer has worked tirelessly over the years to make her house the perfect luxury apartment. So she deserves to enjoy the fruits of her labour in the style she has chosen.

And we can all hope that a little inspiration for the house will rub off on us as we take a virtual tour of the luxury property Amy bought for £850,000 in 2011.

The star is now valued at more than £6.3 million.

After marrying former Rangers player Richard in Las Vegas in 2018, the newlyweds wasted no time in putting the house’s expansion plans in place, and ordered a massive extension to create a larger kitchen and dining room at the back of the stunning modern building.

Amy was on tour when the new building was finally unveiled, sharing an image of the time with the legend: “I’m going on tour now, so I won’t see this project completed until I get back, but I’m so happy with the way it turned out! The kitchen of dreams”.

The interior of the house was already very chic, with warm neutral tones and lots of light, as well as original artwork and signs of Amy’s casual style.

So this week was shit. Well even more shit than a normal week in Lockdown. My beautiful baby had problems with his eye and it turned out he had a tumour in his eye 😢 He had to have it removed. Devastated for my baby boy but thankfully he’s recovering well. Here he is sleeping on a king size mattress on the living room floor because he deserves it 🥰❤️🐶❤️ @richardfoster203

Fans of the star were in awe of the space when Amy shared images of her new kitchen at the end of last year, and many greeted it unsurprisingly as a “dream” home.