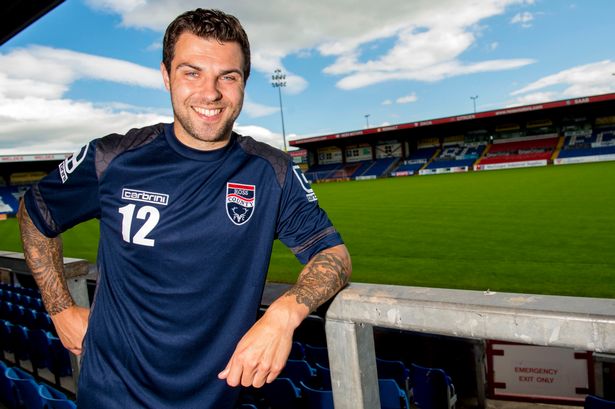 The star of “This Is The Life”, who married to St Johnstone defender Richard Foster in Las Vegas in May 2018, has not yet wished to give her opinion on this announcement, she simply answered with a tweet:

Richard Foster had a dispute with manager Tommy Wright.

St Johnstone has officially confirmed that Vice Captain Richard Foster has left the club by mutual agreement.
The defender was kicked out of the team on Saturday after a clash with coach Tommy Wright.
He has since joined Ross County, his departure was confirmed by St Johnstone this morning.

“Johnstone Football Club hereby confirms that Richard Foster left the Club by mutual consent.
“Richard joined Saints in August 2016 and made 112 appearances. The club thanks Richard for the services he has rendered during his time as a player and wishes him good luck in his future career.”
Foster has played for the Rangers and Aberdeen before, and has joined another former Ross County club

It’s less “Return of the Jedi” and more “Return of the Foster” at the Global Energy Stadium today with Richard Foster’s return to the club. A key member of our League Cup winning team, Richard returns to the club with a contract until the end of the season.

Steven Ferguson, co-director of the team, said: “We have always said that additions to the team must be the right choice for the group and Richard certainly is. He is someone who knows the club, its ambitions, its history and who has been part of one of the club’s greatest moments. Finding a player with that much experience, intelligence and knowledge makes him a huge asset and when we knew this could happen, we just wanted to cross the line as quickly as possible.”

“As everyone knows, Richard has been here before and already knows a lot of boys in the locker room. As a senior player, we know he will play an important role during the games, but he will also help our young team members.

This whole story is reminiscent of the famous lyrics to her song: Footballer’s Wife