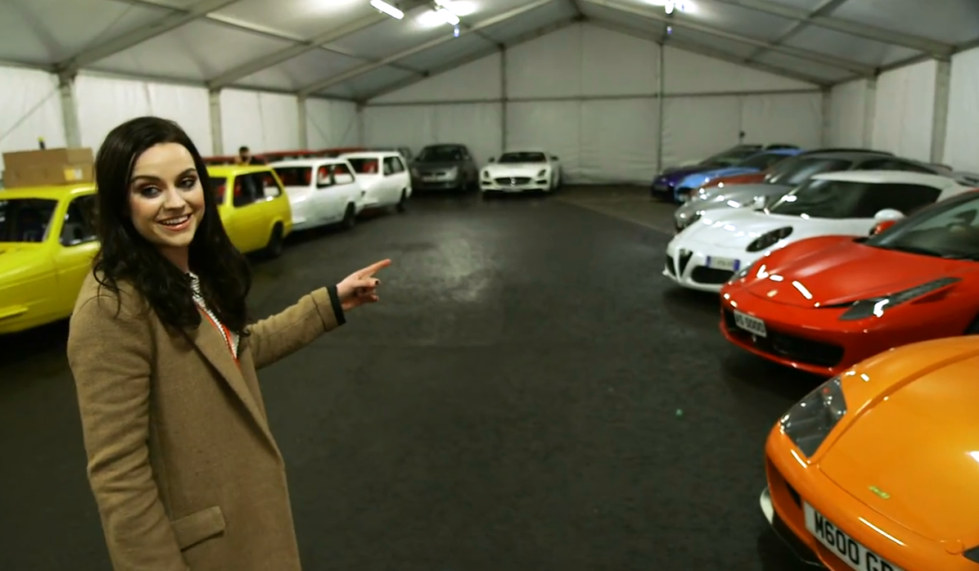 Amy, only 31 years old, already owns luxury cars, including a Ferrari, Bentley and McLaren in her collection.

It is clear that she has made a lot of money and has therefore bought herself some very nice cars. You may also remember her from the Top Gear series where she confessed her love of cars.

Here are some of the coolest cars she has owned over the years:

It’s the car she’d loved for years and years. It was his dream car before she even passed her driving test.

The Nissan GT-R is a car that didn’t impress Amy that much.
She said, “It was like I was just driving a big plastic box.”

It’s a very bestial car to own.
The Bentley Continental Supersports is equipped with a twin-turbocompressor W12 with 612 hp. If that is not the definition of a monster on wheels, I don’t know what it is. What worries me is how many times she should have refuelled. The cost would be astronomical!

She clearly wanted something a little more economical than the Bentley… oh, wait, less economical.
But, I suppose, every celebrity must have a Vogue at some point. They’re not bad cars at all.

It is her pride and joy, the Ferrari 458 Speciale

Amy Macdonald is about to add to her supercar collection after being chosen to own one of only 500 Ford GTs. More than 6,000 people registered and the car giants sent an email to announce that her request to buy the car at £250,000 had been successful.