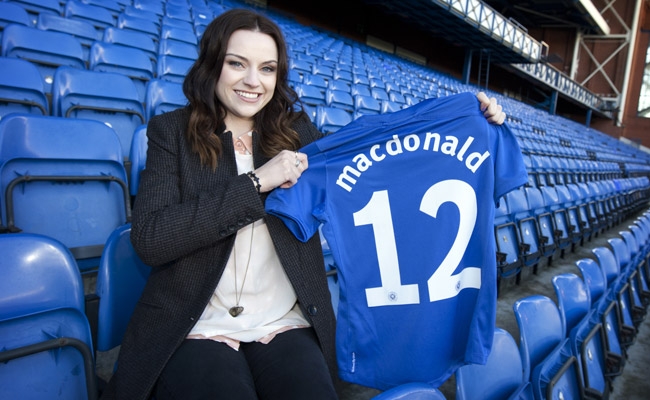 Singer Amy Macdonald has blamed a St Johnstone manager Tommy Wright for husband Richard Foster’s departure from the Perth club after telling the defender to ‘f- off and never come back’.

Macdonald said that ‘hot-headed’ Wright was responsible for the ‘nothing’ incident, which resulted in Foster leaving Saints to sign for Ross County.

Speaking on BBC’s Off the Ball, she said: “I probably couldn’t go into too much detail because Tommy Wright had a bit of a meltdown and threw his toys out of the pram and said ‘if anyone ever tells what happened I’ll tell everyone what you said’.

I’m on ‘Off the Ball’ on BBC Radio Scotland from 1230pm. More than likely talking a lot of shite 💩

“I basically think [Wright] was a man who was under a bit of pressure. It was basically a nothing thing that happened in training, that happens every single day.

“The board were on Richard’s side and were really devastated that he had to leave but sometimes you get managers like that, who are pretty hot-headed and what they say goes and there was no coming back from it.

“Sometimes I think the way people get treated is just not really great in football. It leaves a bit of a bad taste in your mouth.”

When pressed as to what happened by presenters Stuart Cosgrove and Tam Cowan, Macdonald replied: “He got told to f- off and never come back and that a real man would never come back, so he didn’t.

“Lovely toxic masculinity there for you.”