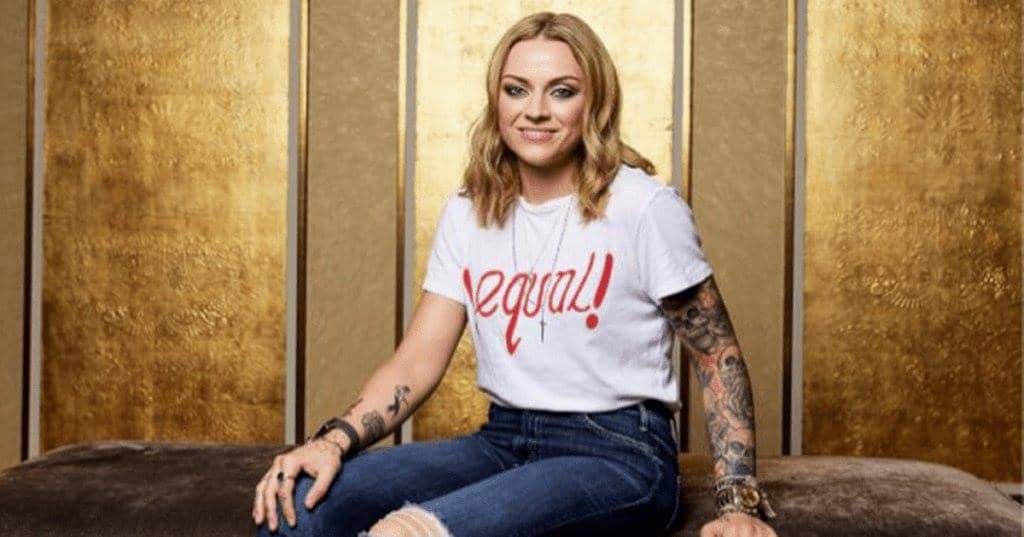 Despite the sold-out crowds in Europe, she admitted that she still fears that no one will come to see her shows.

Her five albums have all been successful, and she has even finished first in six countries. She has just completed a new series of sold-out concerts across Europe, playing for tens of thousands of people in Switzerland and Germany.

But Amy, as usual, remained humble, even told her Bishopbriggs fans that she was “so grateful for letting her spend time with them.”

She also shared a message with her 80,000 Instagram subscribers, writing: “When you haven’t played for a while, you sometimes wonder if people are still interested in us.

When you’ve not been gigging for a while you sometimes wonder if people still care. I am so anxious and worry about stuff like that all the time. Before every gig I still panic if there’s anyone actually gonna be in the audience 😬⁣ ⁣ Last week was amazing. After all this time there’s still tens of thousands of people coming along to see myself and my amazing band. We gave it our all and I’m so grateful to everyone who continues to let us hang out and have a right good laugh on stage. We love spending time with you all ❤️ ⁣ ⁣ Thanks @starsintown and @kaulphotographs for these shots 📸

“I’m so worried, and I worry about this kind of thing all the time. Before each concert, I panic and still wonder if there will really be spectators in the audience.

“Last week was incredible. After all this time, there are still tens of thousands of people coming to see me and my fantastic group.”

His post has already accumulated hundreds of “I love” in less than an hour, and fans were quick to show their support.