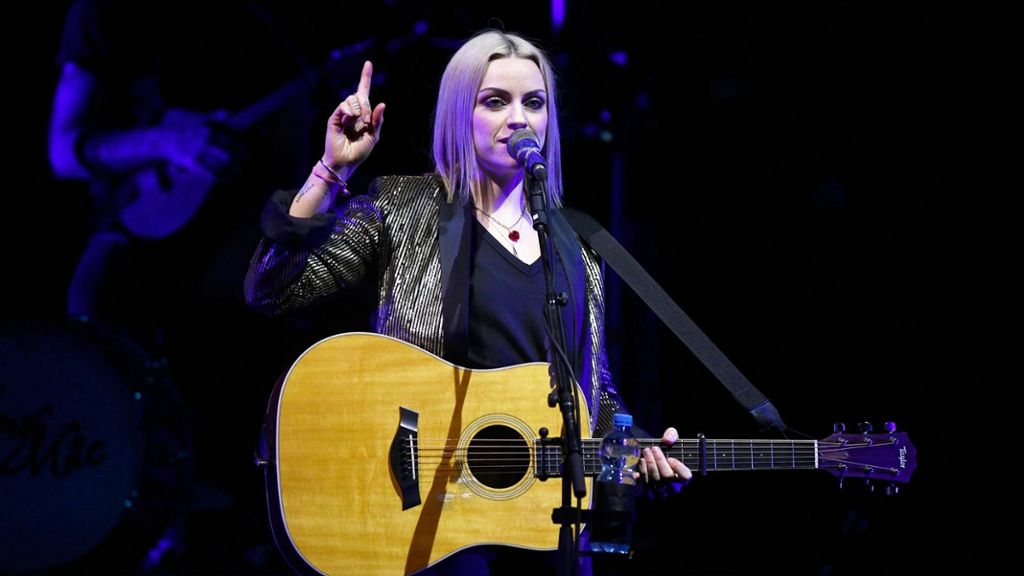 Munich – It is never too late to learn something new. Not even for Scottish singer-songwriter Amy Macdonald.

“I always thought Circus Krone was just a name, not a real circus. To this day, I am behind the scenes of the many smells of animals, from the smells to the pee of animals. It’s a good thing she had a little cold, because not all the smells penetrated so completely. But still: Amy Macdonald and her band’s concert in front of a packed house was a great success. Endless ovations

Amy Macdonald knows how to fully convince in Circus Krone

Munich! Thank you for being so lovely. Off to Luxembourg now for the final gig of the tour. Fingers crossed the old throat holds out!! 🤞🏻 pic.twitter.com/7QmRNOyycY

The little one with the big voice surprises at first glance. Now she presents herself with a white blonde Prince Iron Heart hairstyle. In addition, a golden sequined jacket. His fellow musicians do not need almost any technique, even the drums: violin, cello, piano, double bass, guitar – everything is acoustic. This further enhances the star’s crystal-clear and clear voice.

Fans have every reason to be happy, to greet each track frantically, to clap their hands rhythmically or to get up and dance. This, of course, makes the singer so happy – so much so that she tells story after story. For example, how little Amy entered a music bar with a fake ID and poured behind a bandage. Or as she told the family that she didn’t want to go to university but to the big stage.

You have to prick your ears to hear everything, because his Scottish accent is a challenge. As did the Brexit question: Let me remind you that Scotland was and is against leaving the EU. But isn’t it a little crazy to stay here in a circus and talk about Brexit? Because a circus is exactly the right place for this theatre. Let’s hope someone comes and stops this nonsense and sweeps everything under the carpet, as if nothing had happened!