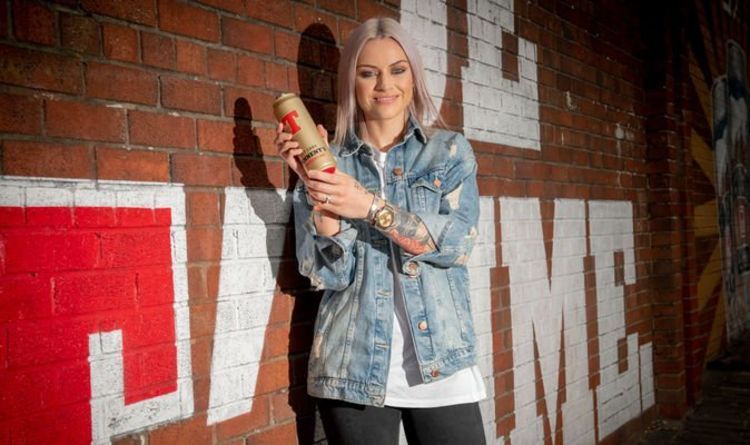 Each year, Tennent’s awards a golden can to the world’s most deserving Scots in film, television, comedy, music, sport and all areas of Scottish culture.

Alan McGarrie, marketing manager of the British brand at Tennent’s, said: “The Golden Can is the identification of heroes in all aspects of Scottish culture.

She thanked Wellpark Brewery for the beer that sponsored the country’s largest music festival and inspired her to take a guitar as a teenager.

The singer of This Is The Life and her many hit songs, the entire discography, which has sold more than six million albums, including two British No1s, said: “It is a real honour to receive a golden can and to join such a brilliant line-up of finalists”.

Amy added that she “usually gives her awards to her parents, but she has a few on display, including Tennent’s Golden Can”.

“I feel honored to be rewarded, but the Tennent can will be in the spotlight. When I saw Martin Compston having one, I was jealous, so I was thrilled when Tennent wanted to give me one.”

Every perfect pint of Tennent’s Lager contains only 100% Scottish barley, the finest hops and the freshest water from Loch Katrine – which, handily, gets topped up by the glorious Scottish rain. So, when you think about it, where better to make beer than our very own rain-soaked corner of the earth.

Alan McGarrie, brand manager of the Tennent’s group, said: “Amy is a classic example of how Tennent’s has played a key role in shaping the Scottish cultural landscape.

“Inspired by our association with live music since her teenage years, she has become one of Scotland’s most successful music exports.”