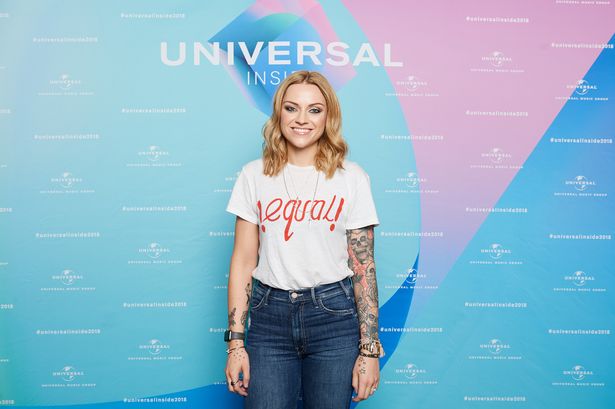 From the moment “This is the Life” was released in 2007, it was really the beginning of her life as a singer. She went from anonymity in the suburb of Bishopbriggs to a massive fame almost overnight.

“I don’t have a lot of regrets and I probably wouldn’t change a lot of things,” says Amy.

“But if I could change one thing, it would be to take it a little more. I wish I could have been a little more present in the moment.

I went from one place to another without knowing where you were going next. I enjoyed it, but I didn’t realize how amazing it was after that.

“There are some people I met that I didn’t even remember.”

Amy’s latest album, Woman of the World, mixes some of her greatest hits with new songs, as well as some of her most popular songs of the last decade, including Mr Rock & Roll and Poison Prince.

Amy would like to point out that this is a collection, not a Greatest Hits, because she equates it to world stars such as Madonna. But she says the idea came from the excitement of being invited to perform at the Biggest Weekend of BBC Music in Perth last May.

“Television and radio lasted 40 minutes and I knew it would be the most powerful songs,” she revealed.

“On stage, it looked like a special and magical concert. When I came home, I had the radio and a lot of people said they were blown away.

“It was the perfect time for me to remember everything that had happened. So it’s a mix of old favorites and new songs that I needed a home. “

Amy will ride on the stage of the King tut in Glasgow on Friday with the proceeds from the sold out concert paid to charity therapy by Nordoff Robbins music.

And on Saturday, she will sing again at the Scottish Music Awards, once again for charity, before attending Sleep in the Park on December 8th.