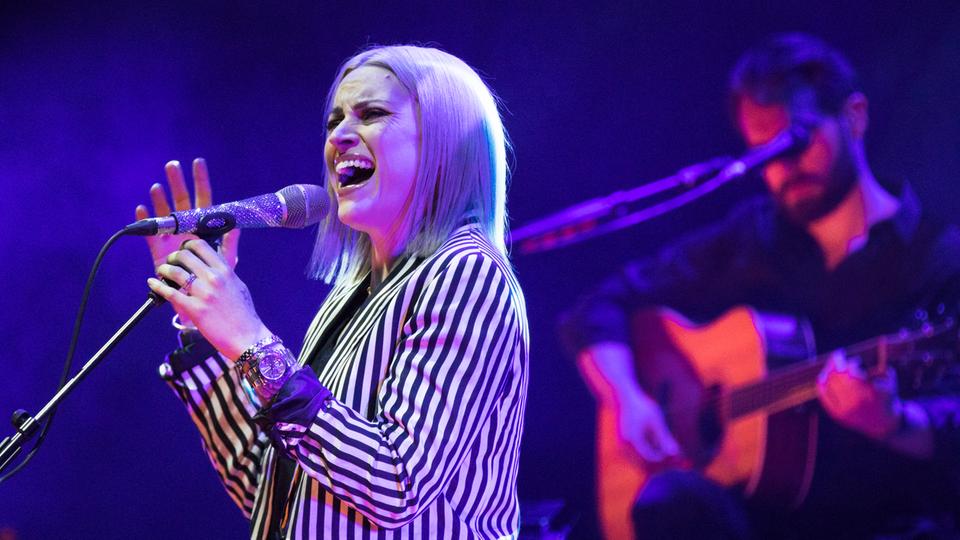 At the sold-out concert of the Alten Oper Frankfurt, Amy Macdonald gives her most personal songs many new accents in acoustic version, but remains true to herself.

The concert tour for Amy Macdonald’s new album “Woman Of The World” is all the more personal as she speaks more than ever during the concert. It tells personal anecdotes about many songs and provides basic information about their development.

Always accompanied by a guitar, a double bass, a violin, a cello and a multi-instrumentalist who plays the piano and the cajon, she takes the audience on a journey. It oscillates between moving ballads and light, aerial songs, with a lot of tempo and charm.

Apart from emotional ballads, it is mainly the fast songs that get the audience out of their place several times. After a very boring day (as she says herself), Amy needs her audience at the limit for these performances. So she really started with “Spark”. With the great success of “Mr. Rock and Roll”, all the spectators stand up, applaud and sing.

From the very first notes of “This Is The Life”, the audience is immediately on their feet, dancing, singing and jumping with the energetic melody. It’s pure fun that lasts until it’s recalled with the song Feel Good “Life In A Beautiful Light”. Finally, the energetic “Poison Prince”, celebrated with standing ovations, frees the audience in the night.