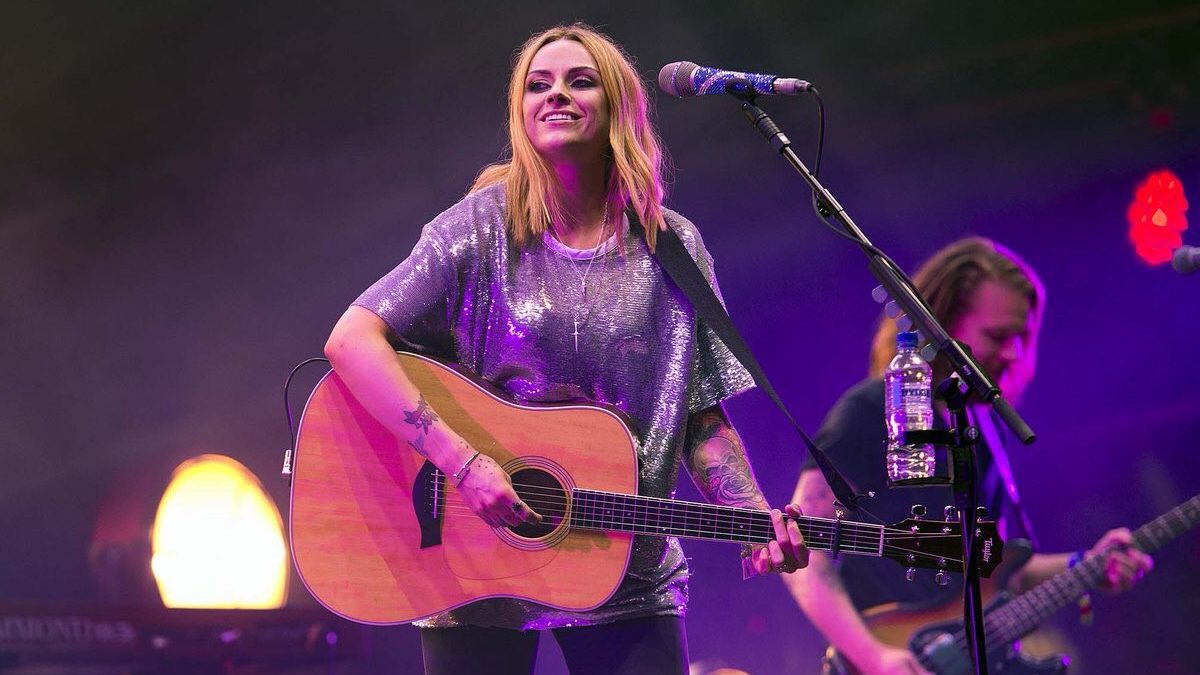 AMY Macdonald spoke openly about the grief of losing her grandmother to Alzheimer’s disease when she released her Christmas single. All of the money collected by the song will go to Alzheimer’s research UK, which funds research on the devastating disease.

My grandmother Ellen Blanc was a part of my life. Every day she came to my house to watch my sister and me when I got home from school. We were extremely close and she was still there. But as she got older, she started to feel bad. We didn’t really know what was wrong, but it was horrible to see such a change in someone. She was there, but more “there”. It soon became apparent that she was suffering from Alzheimer’s disease. I was about nine years old when she was diagnosed. As a family, we didn’t know much about the disease. At the time, it was one of those things that you really knew only once it had an impact on your life. Even though I was young, I remember it was a difficult time for everyone, but especially for my grandfather. He had to watch his wife change before his eyes, then go to a nursing home when he could no longer get away.

Everyone says the same thing about their grandparents, but she was really the nicest woman you could ever want to meet. She did nothing for anyone and never had a say. She was disinterested and cared a lot about her family and her entourage.

She didn’t deserve something like Alzheimer’s. The Christmas period was where I noticed the most changes. Christmas had gone from amazing and optimistic celebrations, to a feeling that everyone was trying to force him-to try to keep him the same. But something was missing. Everyone felt it, but none of us really talked about it. My grandmother was Mrs. Claus. When I think back to this time of year, I think back to my youth, opening sessions of sitting at her house in Glasgow. She was at the forefront of everything, doing everything. She was preparing dinner, distributing the gifts and making sure everyone was happy. I had so many incredible memories about Christmas because of her-because of the way she made it special. Alzheimer’s has obviously changed that.

Such a beautiful, poignant song, Amy. Thank you for your continued support ❤

She wrote a song about Alzheimer’s in a previous album, Left That Body Long Ago. Since then, I have been blown away by the reaction of people who have had similar experiences. But I wanted to write a song that explains how I feel at a time of year when it affected me the most and this Christmas Day was born. Christmas is an extremely poignant time of year, but it’s not always a happy time. Christmas has become a challenge for us and my last single is a testament to that.

The clip is made up of family movie sequences. It’s easy to say “Alzheimer-it’s terrible”, but everyone who watches it can see all the shards of laughter, feel love and see everything we’ve shared together. It is then easier to imagine how difficult it is to suddenly upset your world when Alzheimer’s disease enters.

Alzheimer’s disease is horrible and it is something you would not want anyone to have. That is why she decided to raise funds and publicize the Alzheimer’s Research UK with this song-a charitable organization that I am proud to support. Supporting their work gives us the best chance to fight it. It’s so important.